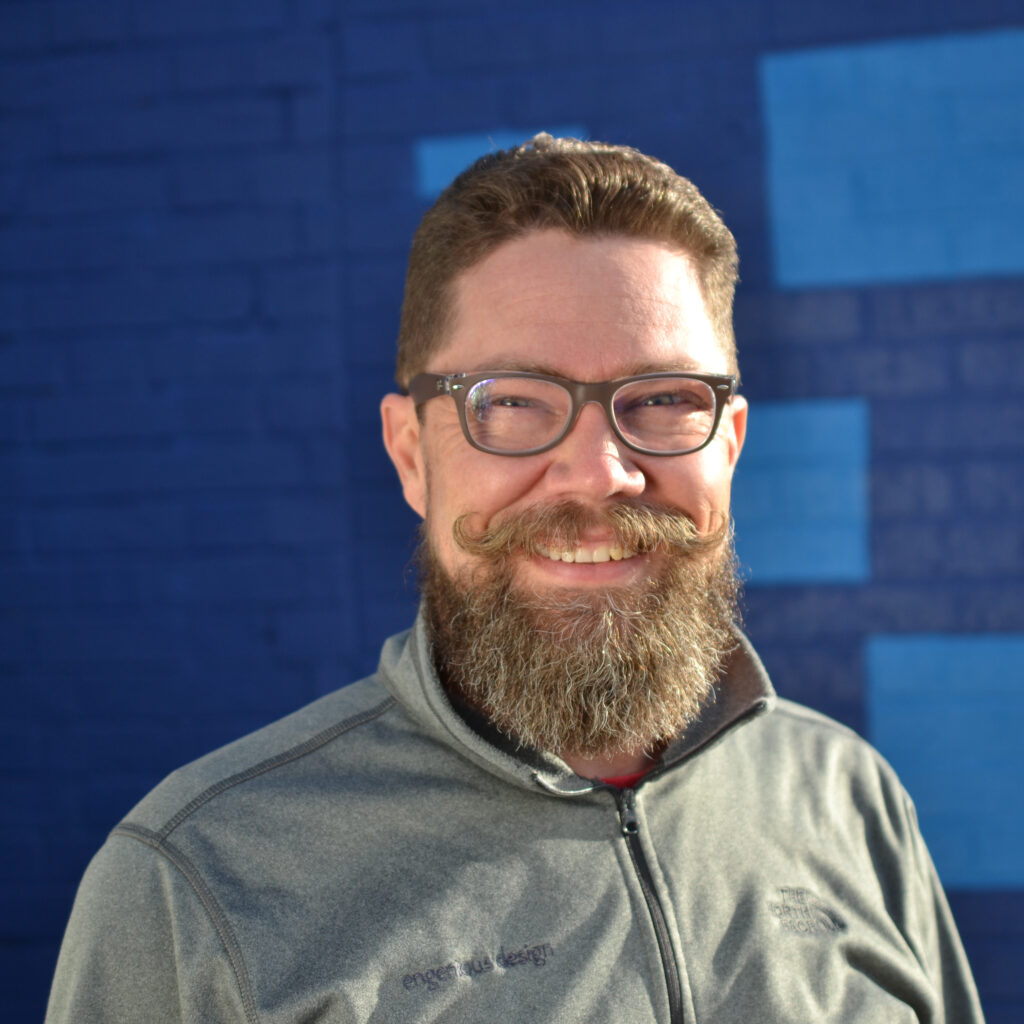 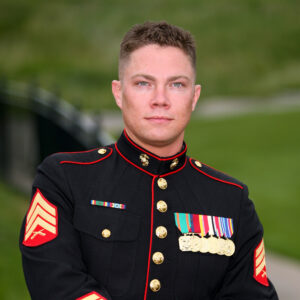 This adventure-loving, handlebar mustache-sporting guy didn’t start his career at Engenious Design. Stephen is a Hawaii-born native and spent 9 years of active duty in the US Marine Corps. While active with the Corps, he worked on helicopters, jets, and anything else they threw at him.

After returning from active duty, Stephen spent a few years as a structural steel inspector before going back to school to become an engineer. While in school, we noticed his unquenchable interest in all things mechanical design and recruited him to join Engenious Design. He has worked on so many projects during his time that it was hard for him to pick the project he was most proud of, but he ended up landing on a project that brought reliable power options to 3rd world countries off the power grid. Stephen said, 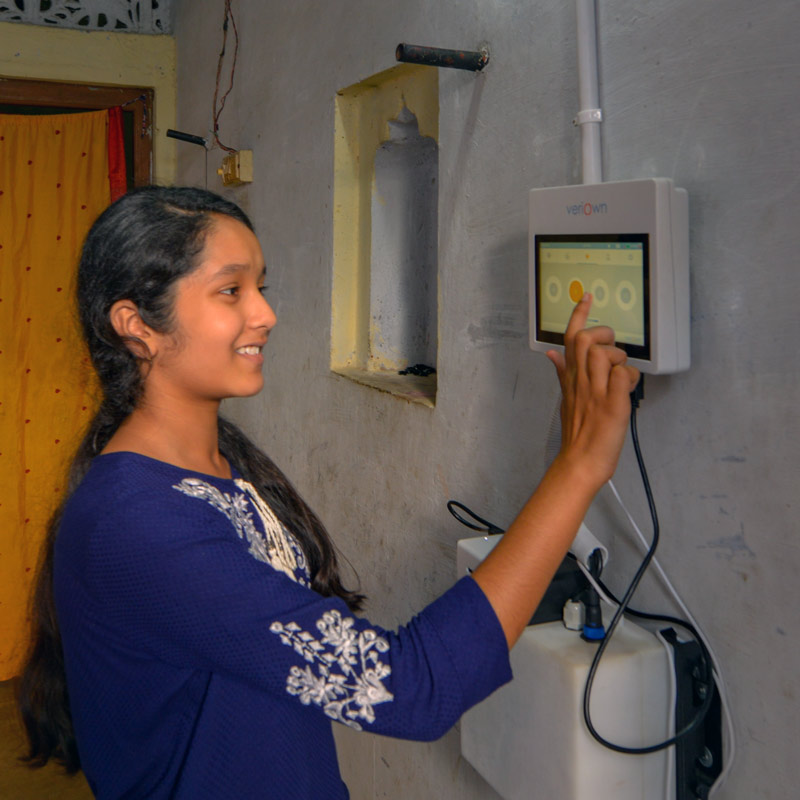 “It was one of my first projects that went from early concept all the way to full injection-molded parts and into actual homes. It was also a product that would help people and there were some really cool parts.”

Stephen said his favorite projects have always been those that start with nothing more than a napkin sketch or rough homemade prototype and conclude with a tangible, well-designed system.

There was one project that he never got to work on but would have really loved to – a bone-conducting Bluetooth communication system that was custom fit to the user’s teeth. He said, “I think that would have been awesome for motorcycles.” Not just something Stephen wanted to design, he also wanted to have one to compliment another of his other passions – motorcycles!

Stephen can often be found coming to work on his motorcycle and has tried to encourage one or two team members to give it a try. After all, his simple belief is, 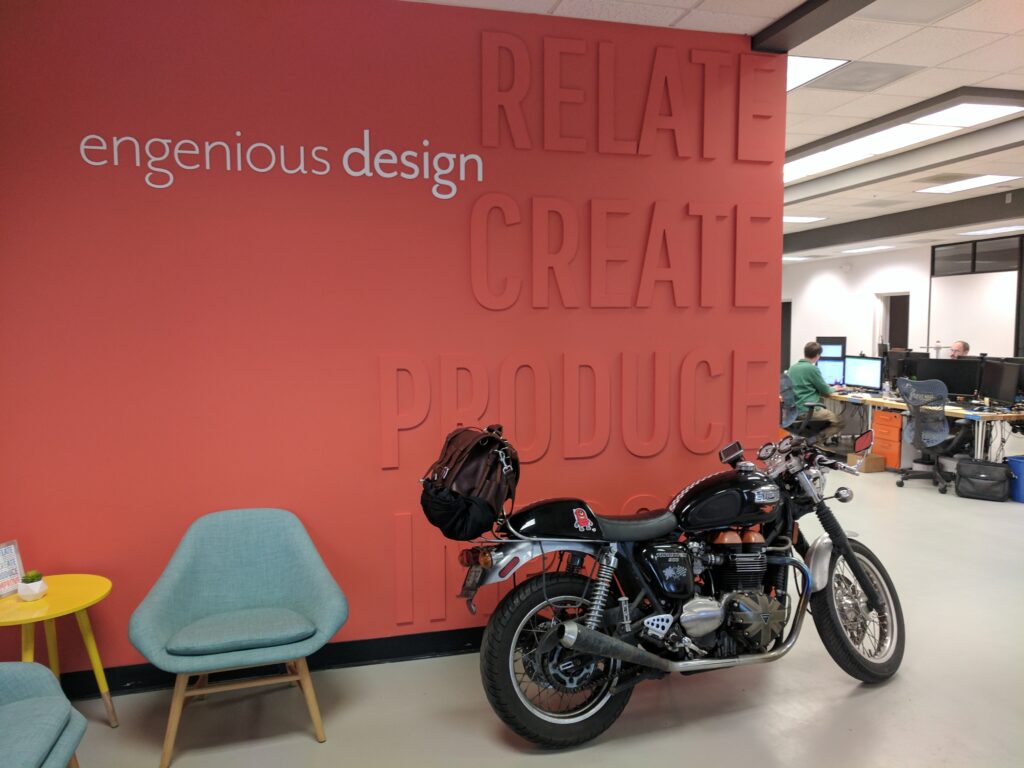 And yes, that is his bike in the old lobby of Engenious – a welcome sight for all that day. 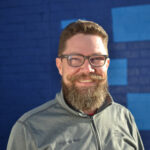 Stephen has a ½ decade of experience in mechanical engineering complemented by his decade of service as a United States Marine. He is a certified SOLIDWORKS Mechanical Design Professional with a passion for 3D modeling. Stephen has been integral to the conceptualization, design, and testing of a myriad of medical devices and consumer electronics on the mechanical team at Engenious.

This author does not have any more posts. 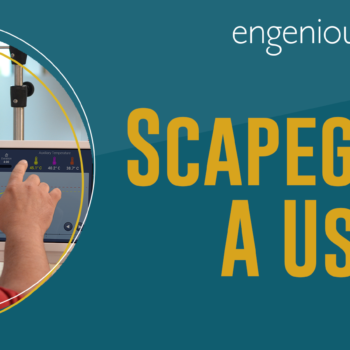 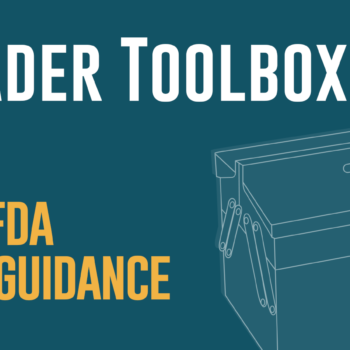